AV-rated attorney and the managing partner of The Freed Firm, P.A, Crystal Freed was awarded the Community Service Award. CEO of WJCT, Michael Boylan received Diversity in Media Award. Educational Service award was received by Terri Florio, the Executive Director of the MaliVai Washington Youth Foundation. The awardees were nominated by Atlantic Institute’s local advisory board members. Award winners and approximately 250 esteemed guests attended a reception and awards ceremony which was presented by Madeline Scales-Taylor.

“The individuals who are honored tonight know what it is like to bear the burdens of public service; but what separates their accomplishments from the rest is that they did it all while representing the most respectable and universal values. Each and every one of our honorees has proven dreams of hope can become reality; through hard work, cross-cultural tolerance and human dignity.,” said Turan Kilic, president of the Atlantic Institute.

Each of the honorees delivered a speech about their work and personal commitment to intercultural understanding.

Filmmaker/Historian Ken Burns was the keynote speaker and he delivered a well-thought out speech based on history and current events which reached into his deepest love of the United States.

Atlantic Institute extends its gratitude to Award Dinner Planning Committee members for their dedication and hard work to make the event a success. 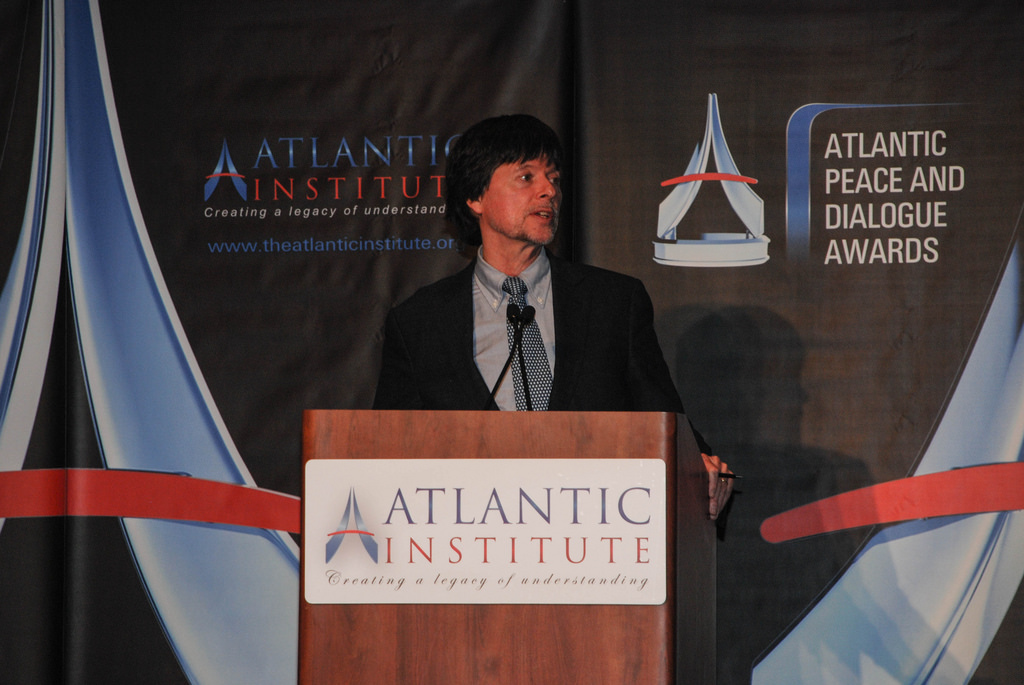 Emmy Award-winner Ken Burns, who has directed and produced some of the most acclaimed historical documentaries ever made, will be the keynote speaker at Atlantic Institute’s annual Peace and Awards Dinner.

Burns will deliver the keynote speech at Hyatt Riverfront on Feb 9th, 2016. Attendance by invitation only. Since directing and producing the Academy Award-nominated Brooklyn Bridge in 1981, Burns has produced such award-winning documentaries as The Civil War; Baseball; Jazz; Statue of Liberty; Huey Long; Lewis and Clark: The Journey of the Corps of Discovery; Frank Lloyd Wright; Mark Twain; Unforgivable Blackness: The Rise and Fall of Jack Johnson; The War; The National Parks: America’s Best Idea; and The Roosevelts: An Intimate History.

In particular, Burns’ The Civil War is considered a masterpiece of documentary filmmaking. It was the highest-rated series in the history of American Public Television and attracted an audience of 40 million viewers during its premiere in September 1990. The New York Times said that Burns “takes his place as the most accomplished documentary filmmaker of his generation.”

Most recently, Burns produced a PBS documentary on Jackie Robinson, which will air in April. He is working on projects chronicling the Vietnam War. Ken Burns is an extraordinary filmmaker who has changed storytelling and, in the process, movingly brought to life American history and culture.
Burns’ films have been honored with dozens of major awards, including 14 Emmy Awards, two Grammy Awards and two Oscar nominations. In 2008, at the News and Documentary Emmy Awards, he was honored by the Academy of Television Arts and Sciences with a Lifetime Achievement Award.

Burns was recently selected to deliver the 2016 Jefferson Lecture in the Humanities. Sponsored by the National Endowment for the Humanities, the Jefferson Lecture is one of the highest honors bestowed by the federal government for distinguished intellectual achievement in the humanities.
“All of my subjects have been about American history, digging deep into what makes this America,” Burns recently told Parade magazine. “Each film asks that question. Who are we? Who are those strange and complicated people who like to call themselves Americans?”
Burns, a graduate of Hampshire College who makes his home in New Hampshire, is often attracted to subjects with the power to transcend and the capacity to coalesce people around a common cause. That is especially true of the story of Jackie Robinson, who endured unimaginable racism to become one of baseball’s most celebrated players.

Their friendship-between a secular American and a madrasa-trained sheikh-had always seemed unlikely, but now they were frustrated and bewildered by the battles being fought in their names. Both knew that a close look at the Quran would reveal a faith that preached peace and not mass murder; respect for women and not oppression. And so they embarked on a yearlong journey through the controversial text. 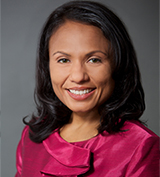 Crystal Freed
Crystal Freed is an AV-rated attorney and is the managing partner of The Freed Firm, P.A. She earned her Juris Doctor from the Georgetown University Law Center. Since 2007, however, Crystal has devoted almost all of her professional time to the issues of child exploitation and human trafficking. While serving as co-Chair of the Northeast Florida Human Trafficking Task Force, Crystal transformed a 3 member entity into a thriving 25 member task force and started the Northeast Florida Human Trafficking Coalition. Ms. Freed was appointed to the Jacksonville Human Rights Commission in 2012 and served as its Chair last year. Crystal is a graduate of the 2013 class of Leadership Jacksonville, served as Tri-Chair for the JAX2025 Community Cabinet, is a Legacy member of the Women’s Giving Alliance and a leader at Southpoint Community Church. Crystal currently serves on the Board of JCCI. She was awarded the State of Florida’s 2014 Community Advocate of the Year and in 2015, was bestowed FDLE’s award for unsung heroes, the Evelyn Williams Memorial Award. In 2015 Crystal was also named as one of the Jacksonville Business Journal’s 40 up-and-comers under 40. Crystal is married to Mike, an attorney and together they have two girls, Sydney and Samantha. 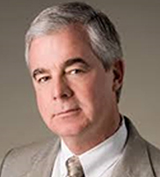 Michael Boylan
Michael Boylan joined WJCT as its CEO in May of 1999 with the responsibility of overseeing the day-to-day operation of the organization and its long range plans and goals. Under his leadership WJCT has forged numerous community partnerships and encouraged the development of a wealth of local programs and outreach initiatives. While Boylan is recognized for his leadership of WJCT, he is being celebrated as a Humanitarian Honoree for his selfless community leadership and service. Boylan’s leadership and participation in the Jacksonville Human Rights Commission’s Study Circles spans fourteen years. Michael is a trustee member of the Jacksonville Chamber of Commerce; an honorary member of the Jacksonville Rotary; and serves on the steering committees for Reclaiming Young Black Males for Jacksonville’s Future and Cultural Fusion. He recently joined the boards of Volunteers in Medicine Jacksonville and Yoga 4 Change.

Based on her continuing work to expose racial injustice in her community, she was also asked to speak at an annual event commemorating the life and work of Martin Luther King Jr. by the local chapter of the Southern Christian Leadership Conference. This year, she received the Jacksonville Junior Chamber’s “Jacksonville Influencer” award at the Outstanding Young Professionals Awards. 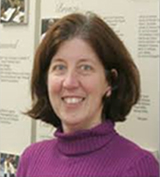 Terri Florio
Terri Florio serves as the Executive Director of the MaliVai Washington Youth Foundation. She has been in that position since the Foundation began active programs in 1997. Terri has more than 25 years of management experience, primarily in the special event and professional sports business. Prior to working with the Foundation, she had her own special events marketing and consulting company in Atlanta and also worked for ProServ (now Clear Channel Communications) for eight years. She also worked on the 1996 Atlanta Olympics. Terri has a Bachelor’s of Business Administration from Rutgers College, Rutgers University and numerous continuing education courses. Terri lives in Jacksonville Beach, Florida. She serves on the Board of Directors of USTA Florida and the NJTL National Committee. She is a member of the Rotary Club of San Marco. She is an alumna and active volunteer with Leadership Jacksonville (Class of ’04). 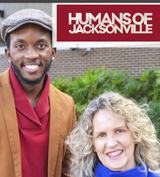 Fulterius King and Tarah Trueblood
This individual is an unsung hero who has distinguished themselves by generously contributing their time, energy, expertise, leadership, and dedication in order to serve the common good of our society. 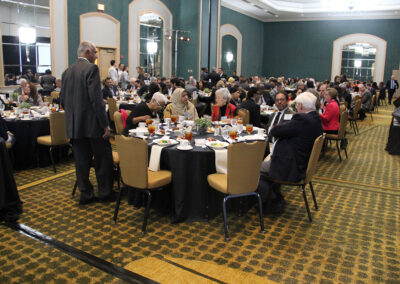 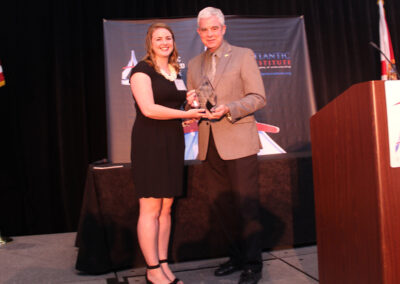 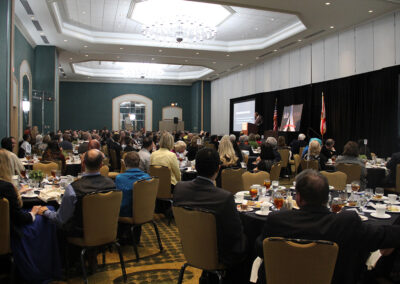 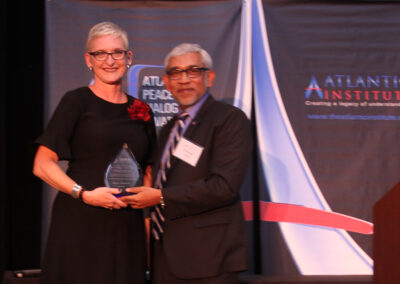 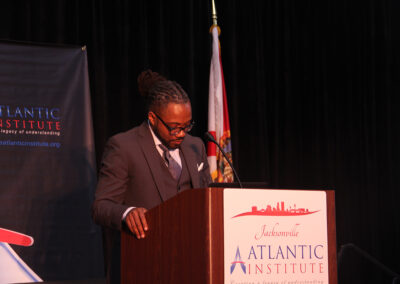 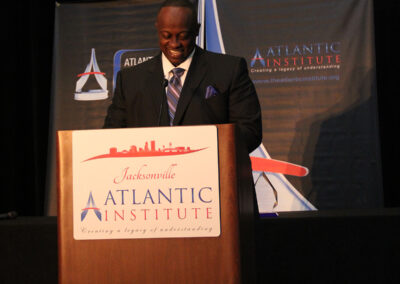 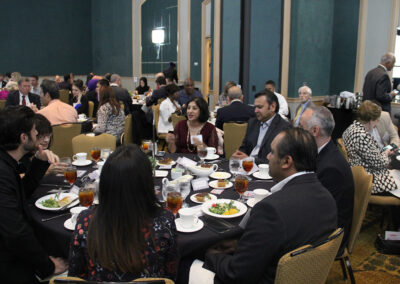 Media Award: Given to an individual who, through blogging or journalism has made an outstanding contribution to promotion of diversity awareness, intercultural understanding, empathy between cultures and religious groups, or cooperation of diverse individuals in community improvement initiatives.

Educational Service Award: The individual has held a leadership role at a university or an institution that promotes education. This individual has distinguished themselves by generously contributing their time, energy, expertise, leadership and dedication in order to inspire a love of learning in students of all backgrounds and abilities.