Jews and Muslims Join To Celebrate Shavout and Ramadan

In first-of-its-kind event, Jews and Muslims celebrate together

For the first time in Jacksonville’s recent history, Jews and Muslims came together to celebrate their separate religious holidays in one sanctuary.

While local Jews and Muslims have held interfaith events before, they’ve never hosted something as intimate as this, according to Rabbi Jonathan Lubliner and Parvez Ahmed, who organized the event.

About 100 people met at the Jacksonville Jewish Center on Tuesday night to study, pray, eat and quiz one another about their faiths.

Marjie Rogozinski asked for specifics about the Muslims’ fast: For one month, they abstain from food and water from sunup to sundown to mark the revelation of the Quran. Once the sun sets, though, they eat a meal called the iftar, accompanied by the evening call to prayer.

During the Jewish ceremony, several of the Muslim men looked around as they tried to keep up with the fast-paced prayers sung in Hebrew.

“This is powerful,” Ahmed said after the first part of the service. You can’t just read about the coming together of faiths, he said. You must experience it. The only other time he said he’d heard Hebrew and Arabic prayers sung so close together was in Jerusalem, but even then, they don’t happen in the same sanctuary.

Ahmed first approached Lubliner about bringing the two communities together during the month of Ramadan. Lubliner realized that Ramadan coincided this year with Shavuot and both holidays honor the revelation of the respective religions’ holy texts.

“I hope that we are not only having an understanding of each other’s faith, but a deeper sense of what the faith means to each community, what do these rituals mean to these communities, how it shapes their identity, how it shapes their worldview,” Ahmed said. “It’s a bit of a deeper dive than a normal interfaith event.”

He said even when his wife prepared the meal alongside some of the Jewish members at the synagogue, she felt transformed, not only learning the kosher dietary laws, but getting to cook side-by-side.

“The fact (is) we live in a climate of intolerance, which I think is fostered and spurred by people that don’t want to reach out; they want to live comfortably numb with their stereotypes,” Lubliner said. “ Once you reach out and cook with people, and eat with people, you realize as different as you may be, they are people and you are, and you share the same concerns and challenges, and hopes. That’s exactly what bigots don’t want to do. That takes them out of their comfort zone.”

In front of the congregation, Lubliner told them events like this were critical.

It is a good sign for Jacksonville,” he said. “We need to have more gatherings, not just of Jews and Muslims, but those who live on the Northside and in Mandarin, and of black and white, and of rich and poor.”

Islam and Judaism are separate religions that have different beliefs from one another, but that doesn’t negate the similarities that both believe in an unchanging, eternal truth, as Lubliner called it, that “we’re all created in God’s image, and we’re all priceless beings.”

Meeting together, despite the differences, Ahmed said, helps to fight fear and hatred. The meeting “will help combat Islamophobia, anti-Semitism, radicalization and any apartness, even when we have deeply held differences,” he said. 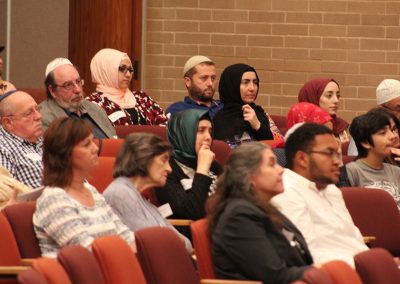 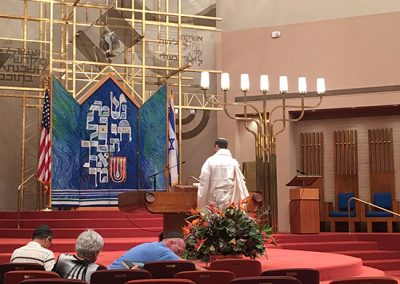 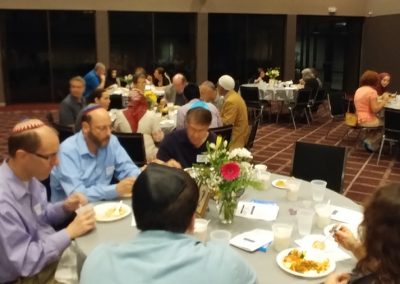 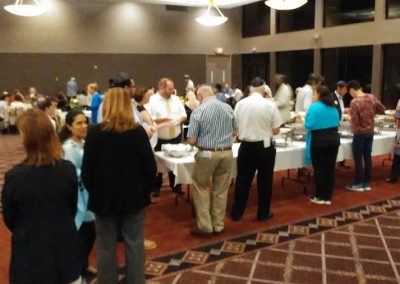 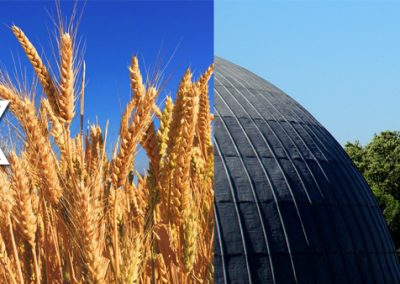 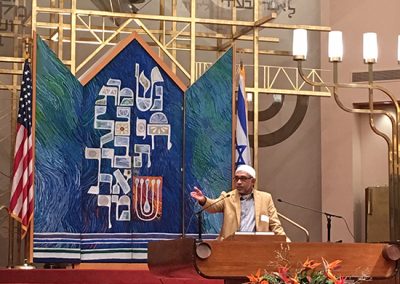 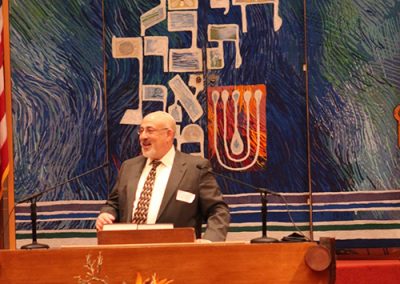 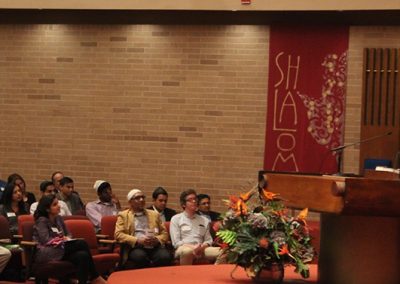